Oh where do I start??? The last few days have been exhausting. 4 sick kids, crazy strong earthquake, major 2 day rainstorm, and no Daddy.

Friday- Emma had a fever, chills and tummy ache. She spent the day on the couch. She was feeling much better the next day, just a runny nose and cough.

Saturday- Everyone seemed fine so we went to the BX for lunch then grocery shopping. That evening Parker was really crabby and fell asleep at 6:30.

Sunday- Parker woke up with a fever and was not feeling good at all. That afternoon Cooper started getting a headache and fever.

Monday- Cooper still had a fever and headache. Parker's fever went down a little but he was still pretty out of it. The boys stayed home from school. Later in the afternoon Carson said he was going to take a nap, something he never ever does. I knew then he was getting sick. He woke up with a high fever and tummy ache. That night he got sick all over everything.

Tuesday- Emma just had a cough. Parker had a pretty bad cough and was very crabby. Cooper had a little cough but wanted to go to school. Unfortunately for Cooper, Carson was still he really sick so he didn't get to go to school. Carson threw up throughout the day. He was hallucinating and thinking things were attacking him. I put him in the shower to try to cool him off. In the middle of the shower we had a major earthquake, 6.9. It was crazy.

Wednesday- Emma and Cooper were fine. Parker was up all night with his horrible chest cough. Carson woke up and threw up again. So, no school again. Carson was out of it all day. In the evening he was able to keep some crackers down and seemed to be coming around.

Thursday- Parker was up again with his cough all last night. This morning Carson was talking and eating a little. We took Cooper to school which he was very excited about. Especially since they have Friday-Tuesday off of school. Carson stayed home because he still wasn't feeling 100%. I am now trying to clean up the house and catch up on laundry. 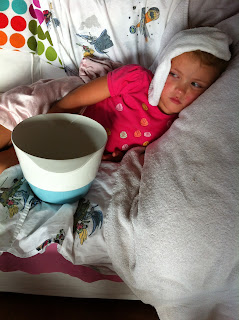 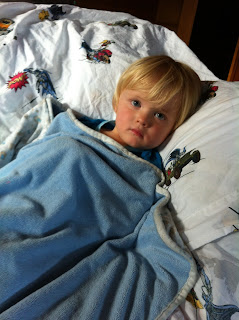 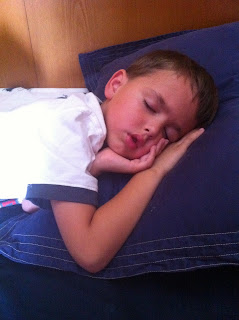 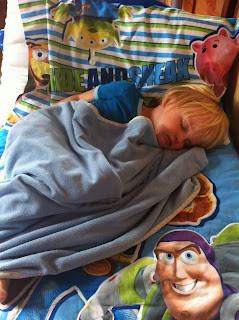 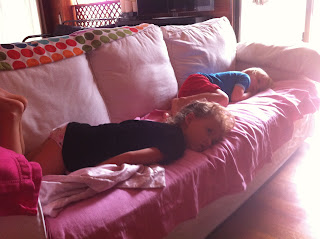 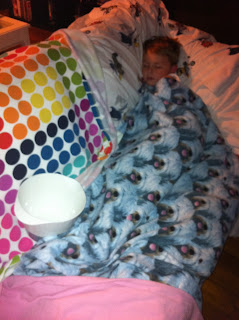 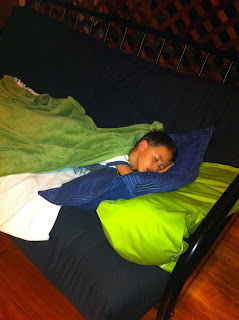 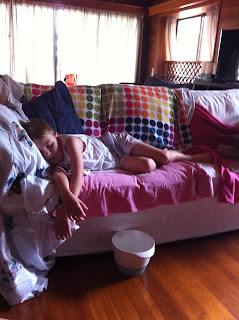 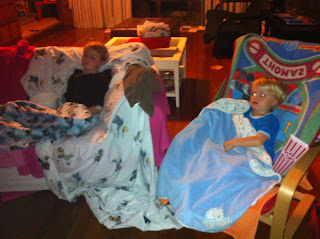 I am exhausted. Oh how I wish Josh would have been here. We have watched a bazillion movies. The laundry pile is huge. I am praying this doesn't happen again for a very long time!!
Posted by Shannon at 8:19 PM