The day before Josh left for his next trip we headed out for a new adventure with the McMillan's. We drove north to the Taa Falls, also known as Tadake Falls. To get to the falls we had to trek through the river upstream. The rocks were slipping and in some places rather large. The water never got too deep but it was a challenge with little ones. They however did amazing, 6 kids age 9 and under kicked butt on the hike. 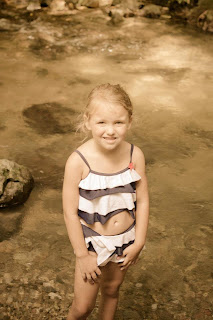 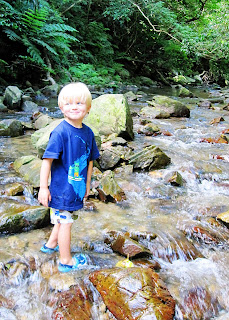 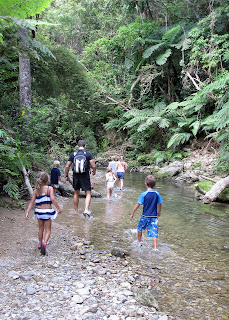 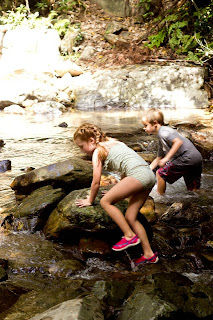 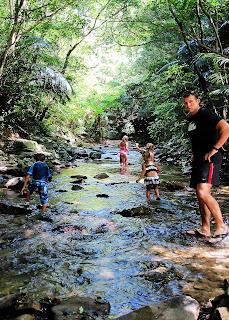 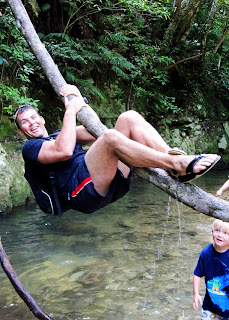 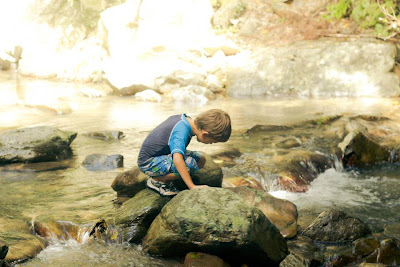 At the end of the river we were rewarded with the most amazing waterfall. We were surrounded by jungle. Taa Falls is really tall and comes crashing down into a big pond. The water was cool and refreshing on a very hot day. We were able to swim around the falls. The most spectacular thing was walking on a teeny tiny ledge between the waterfall. The water was coming down with such force it nearly took your breath away. 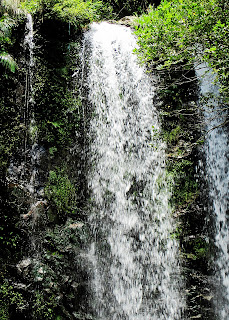 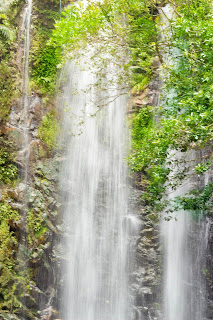 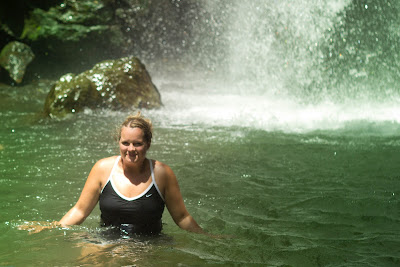 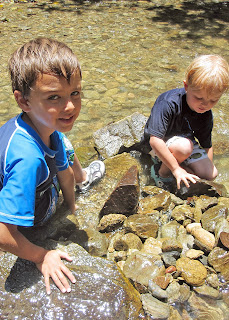 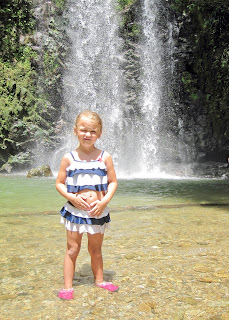 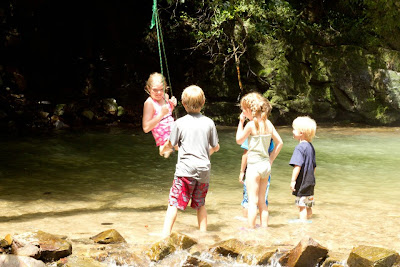 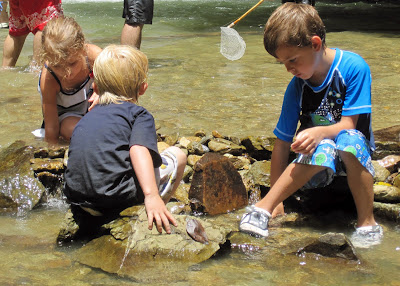 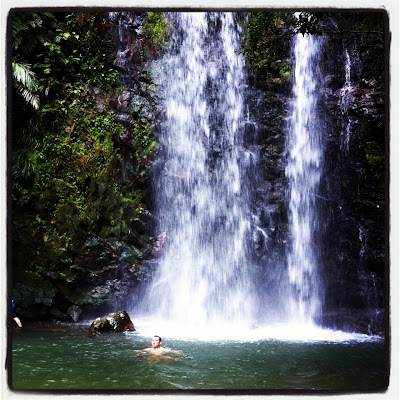 We all agreed that this was by far the coolest and most amazing thing we have experienced on this island so far. It was amazing!
Posted by Shannon at 3:31 AM