With our next trip to Disneyland less than a month away, I thought it would be fun to look back at our previous Disneyland trips. Disneyland is a place that both Josh and I love so much. This is our 1 big trip a year we go on. I hope to continue this tradition with our kids every year and with their kids.

Trip #1- April 2006: My mom and I took the boys to San Diego for a few days while Josh went up to Portland to run in a race. While we were there we decided to drive up to Disneyland for the day. We were only there for 1 day, but it was so much fun. Carson was 2, Cooper was 1 and I was pregnant with Emma. 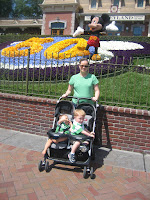 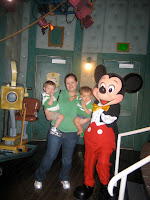 Trip #2- December 2006: While we were living up in Portland during Josh's first deployment to Iraq we were trying to decide what to do for Carson's birthday to make it really special. 3 hours later, my Mom, Katie, Jack- who was 2 months old, Carson, Cooper and I were packed and on the road. We drove down to Disneyland and spent 3 days there. Carson had a special birthday breakfast at Goofy's Kitchen. It was a really fun trip full of laughter. 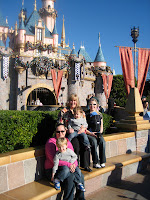 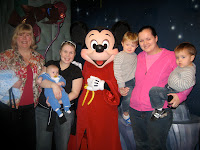 Trip #3- July 2007: It was definitely time for Josh to go to Disneyland with the kids. This time we decided to go in the summer for Emma's 1st birthday. After playing at the beach for a few days we headed over to Disneyland. My Mom flew down to help us with the kids. It was hot and crowded. But it was an amazing trip. Josh had so much fun with the kids. 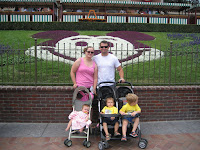 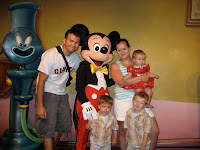 Trip #4- June 2009: We decided to surprise the big kids with a trip to Disneyland. Josh got back from his deployment in Iraq. The next day we drove to Disneyland. Parker stayed in Portland with my parents. This was our first trip staying in the Grand Californian Disney Hotel. It was beautiful and so easy to get to and from the park. We had a wonderful 3 days. It was warm but so much fun. Cooper and Carson went on Splash Mountain for the first time. 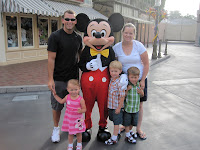 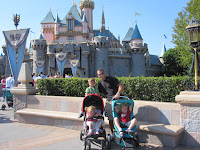 Trip #5- February 2010: We decided to do this year's Disneyland trip when it was not so crowded and hot. February ended up being the perfect month. The weather was nice and it wasn't too crowded, plus everything was cheaper, well, a little cheaper. Josh's sister was able to come with us. This was Parker's first trip to Disneyland. He loved it. We also celebrated Cooper's birthday. It was an amazing Disneyland trip. 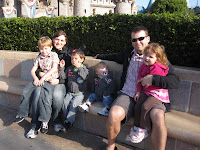 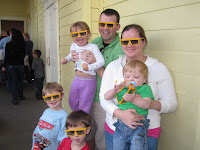