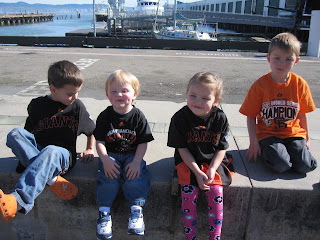 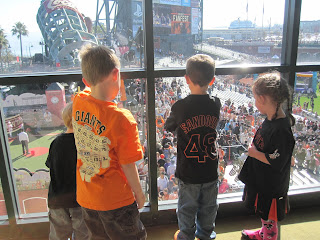 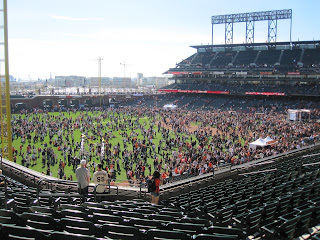 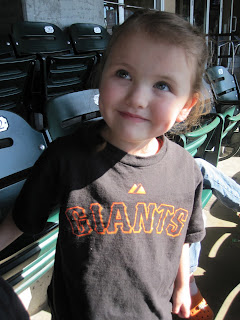 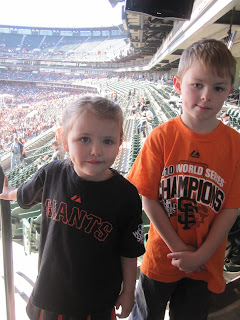 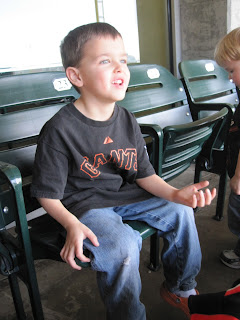 We headed to San Francisco for the Giants Fanfest. Oh my, it was so crazy and busy. There were so many people. Josh dropped me and the kids off and then went to park. We got in just fine. It was going to be another hour or so before Josh would get to us. We walked around a little, played in the seats, listened to the Manager talk, took a few pictures, and then left. As we were leaving we saw the gates were closed because it had reached max. capacity. Thank goodness we decided to leave instead of wait for Josh because he would not have made it in. You can read about it HERE.
Posted by Shannon at 10:47 AM