On Sunday Diana and I braved the heat and took the rugrats down to the 10,000 Eisa parade. There were 100's of Eisa groups performing with drums, live music and dancers. The heat was unbearable and we were soaked in sweat. The parade lasts about 6 hours. We were only able to stay for 6-7 performances. The kids were just melting and it was so crowded. The performances we did see were amazing! 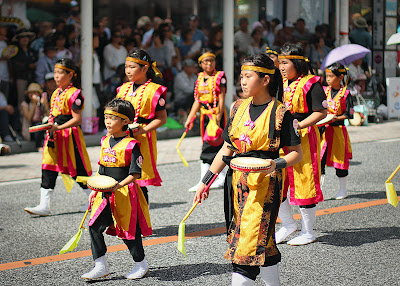 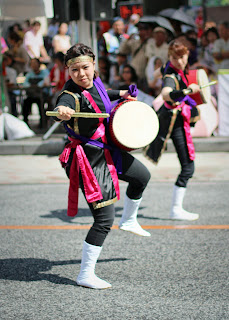 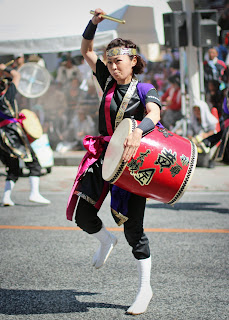 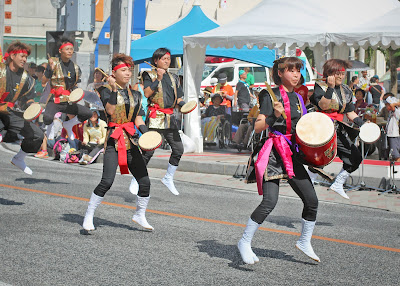 Carson really wanted his picture taken with one of the performers. After each performance he would go out in the street and try to get their attention. Carson got lucky and this guy picked him up and posed long enough to make sure I got the picture. Carson isn't usually that brave but I guess he really wanted a picture. 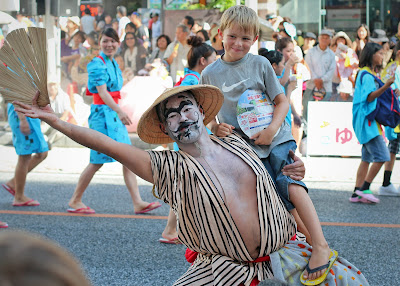 There were 1,000's of people at the parade. It was so hot and we were all so huddled together, elbow to elbow sweating to death. This elderly Japanese man kept grabbing my arm. He kept turning my camera around and to have his picture taken. Then he wanted Diana to take a picture of us together. It was so funny. He hung around for a good 10 minutes holding onto my arm. 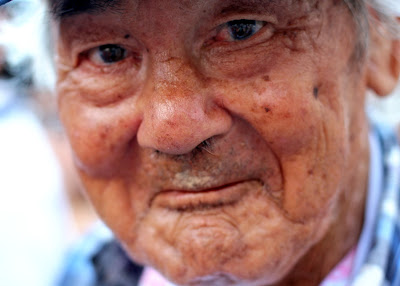 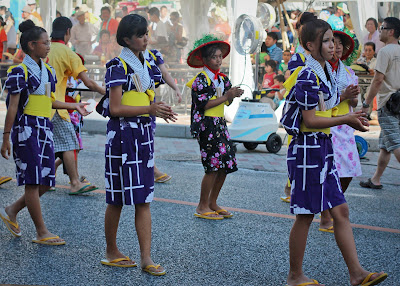 Of course you cannot go to an Eisa event without taking a video. Enjoy the short video and drums posted above. Carson and I could sit and listen to them all day!After the parade we headed to dinner and then home. We got home just as the sky was becoming a rainbow. It was a sweaty day with crabby kids, but an amazing Okinawan experience! 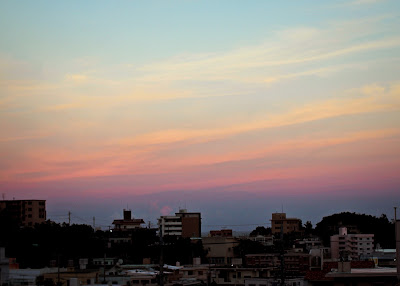