On Saturday we met the girls at Sunabe Beach (Dolphin Park) ready to search for sea creatures. The kids each had their new fish net and mini aquarium, they were ready! I don't think Cooper could have been any more excited! There were fish everywhere but they were small and very fast. 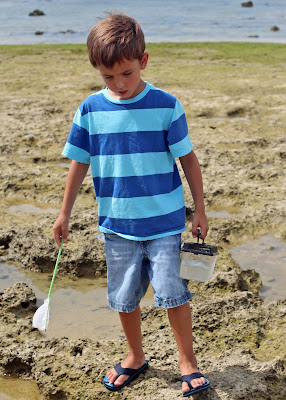 At times they gave up on catching fish and choose to collect crabs. You had to be very patient to catch a fish. They were so small. Diana however ended up being the expect fisherwoman. The kids were very happy each time she said she got another one. 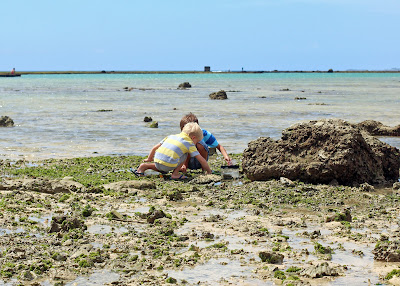 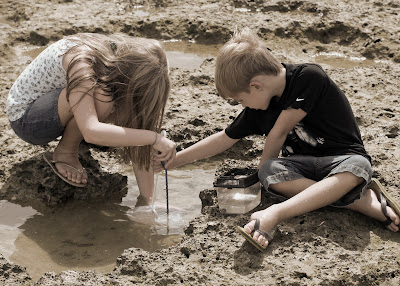 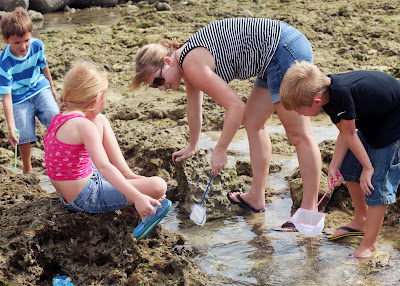 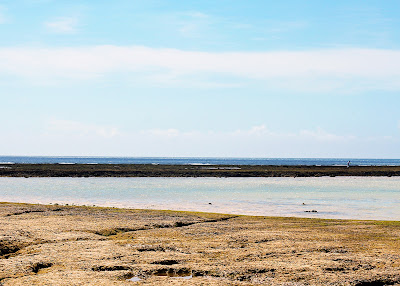 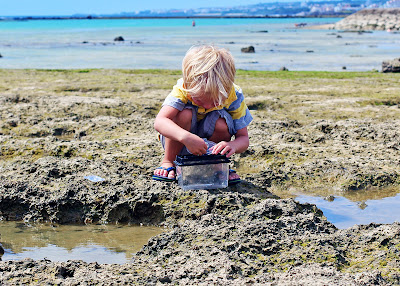 Our most exciting find were these tiny neon blue fish. They were stuck everywhere in so many little tidepools. They were so hard to catch though. They hide in the cracks and caves in the coral and rocks. Those fish were so pretty though and of course Diana caught quite a few. 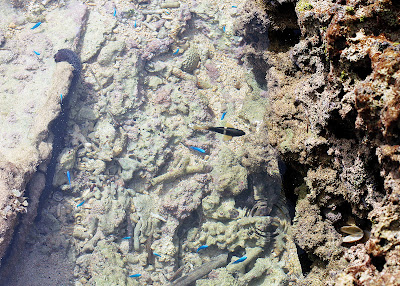 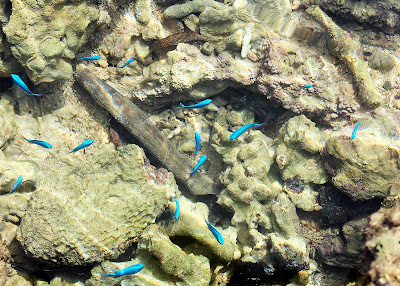 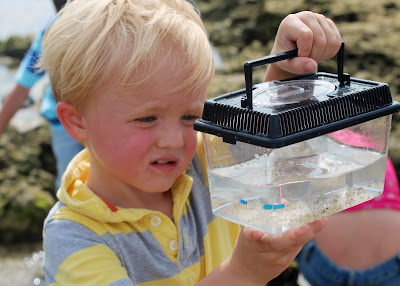 After the kids were worn out and hungry we had pizza for dinner. Then the girls came back to our house and we had a sleepover. Since Josh and Max are both gone, Diana and I promised to have a few sleepovers together. The kids were all so excited. Mine even picked up their rooms without being asked, that is a first!! We had a great evening and stayed up very late. I'm so happy to have such wonderful friends here. They are our Okinawan family!