After lunch we set off to find a place to cool off in the water. We stopped at a new beach, paid for the parking, got the kids all sunscreened and got settled. A few of the kids started complaining about the beach and the amount of reefs close by. Then it started to pour out of nowhere, something that happens here frequently. So, we packed up and decided to go search for a hidden waterfall. We had the most adventurous drive ever. Our iPhone map took us on a one lane road that was almost completely taken over by the jungle. It curved up and down a mountain. Right when I was ready to give up we found the trail entrance to Fukugawa Falls. It was a very crazy drive but we made. Diana and I decided then and there that we are super moms. We don't let anything stop us from getting out and exploring, even a teeny tiny road in the middle of the jungle. 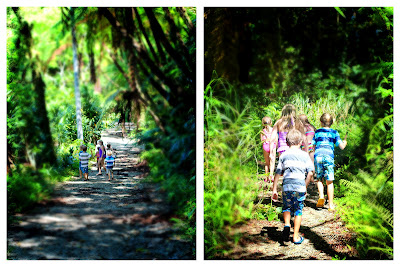 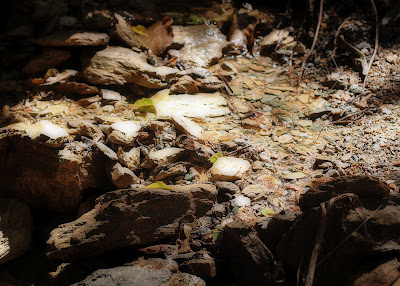 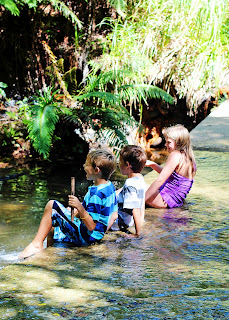 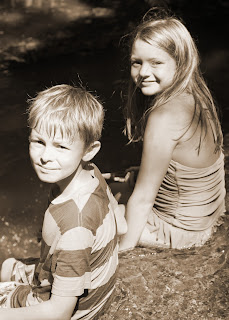 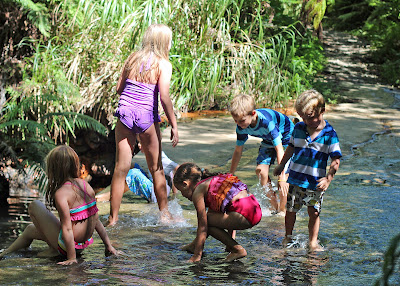 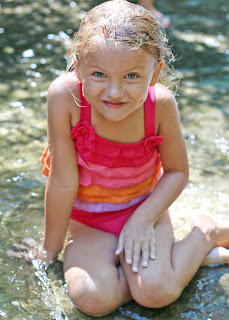 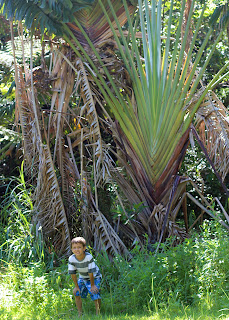 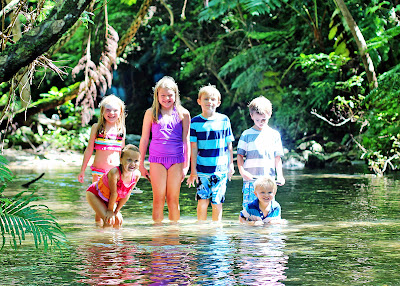 The trail to the waterfall had one steep hill but other than that it was pretty easy. It curved around the jungle. It was really beautiful. The kids were having a great time. They really love to go on hikes, especially when water is involved. When we reached the falls we were all ready to cool off. Luckily, you are allowed to swim at this waterfall. 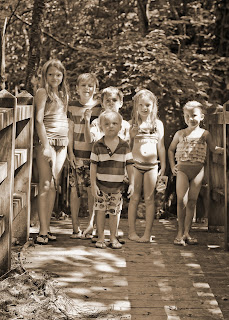 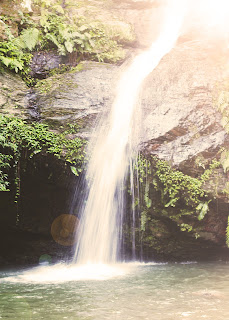 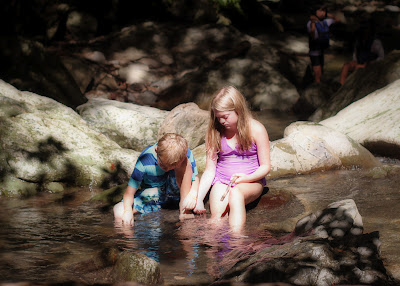 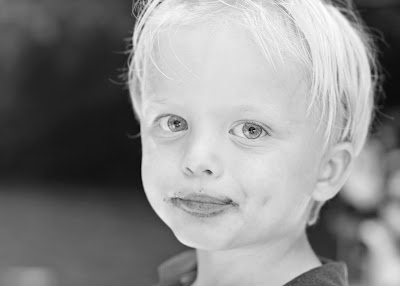 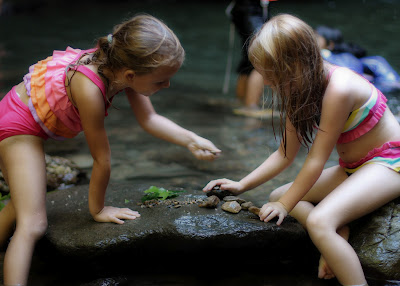 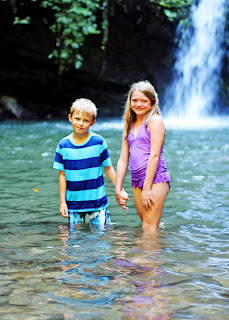 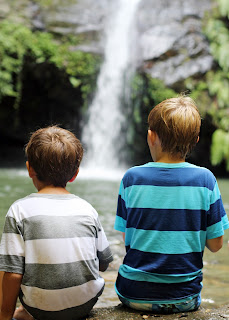 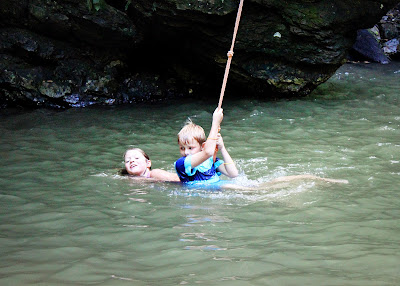 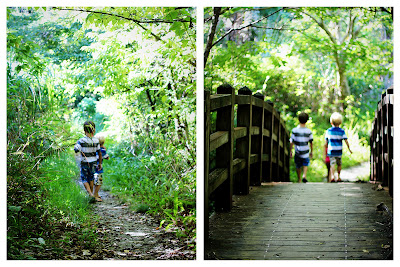 The kids swam, played on one of the many tarzan ropes, played with rocks, snacked, snacked, and snacked some more. We stayed there for a long time enjoying the cool shade and cold water. We were in the middle of the jungle. It was so peaceful and everyone was happy playing. 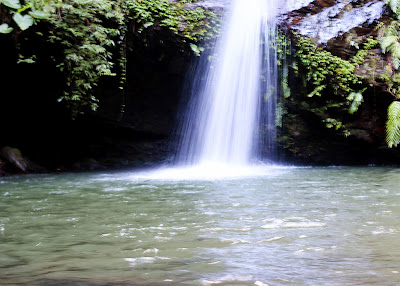 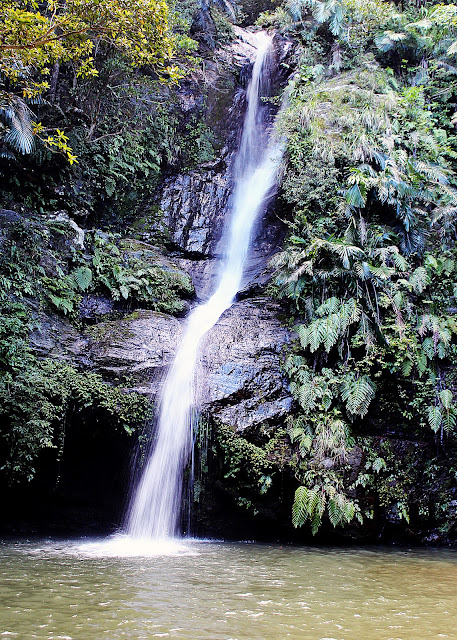