Poor Emma was sick all morning. By lunchtime she was keeping food down and was all better. It was the craziest thing. She was very upset when we said we were going to stay home and not go to the trunk-or-treat on Camp Foster. But, she was feeling better so we said we could go. The kids were so excited to finally wear their costumes.

Carson wanted to go as an Old Man and save his pirate costume for Halloween. Carson loves the old man mask. He is so silly when he has it on. Cooper was very excited about being Jango Jett. His costume is pretty heavy, but that didn't bother him. Emma and Parker are the cutest little Batgirl & Batman. They are so funny. They talk about going to the batcave and fighting bad guys. So cute. We drove over to Camp Foster and did a little trunk-or-treating. The kids really wanted to go in the Haunted House. However, Josh is terrified of them and I thought it would be way to scary. The boys were bummed but the little ones would have been so scared! 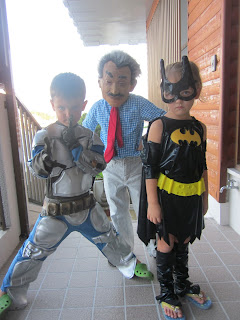 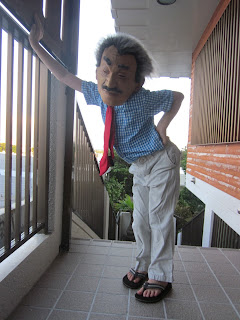 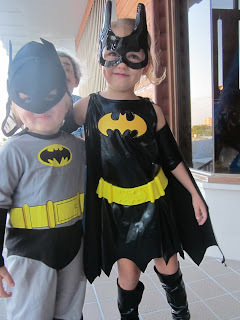 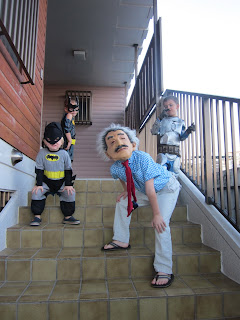 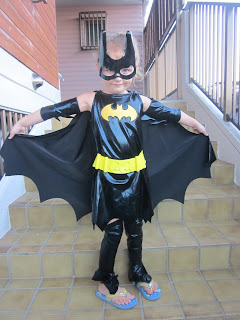 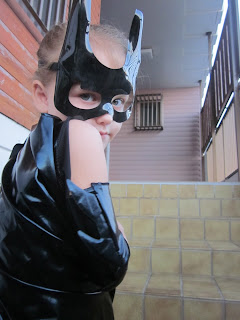 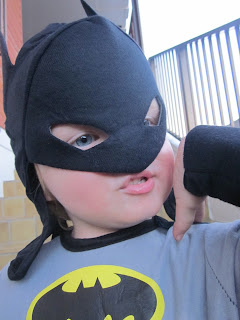 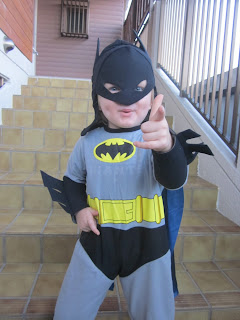 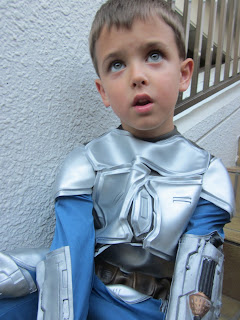