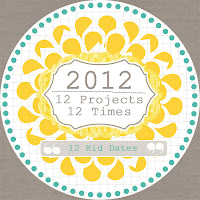 Today Parker had his special kid date with Mommy and Daddy. While the big kids were at AWANA's we took Parker out for some fun. First we went to the park. He was SO excited to go play at the park. He just loves having all of our attention. He was so funny playing. He was pretending that dinosaurs were after him. We watched "Jurassic Park" the other day and he has talked about dinosaurs everyday since then. We played tag at the park and ran around for awhile. After that we went to the coffee shop in the BX. We told him he could have a cookie or his "favorite roll". He chose the roll, which really is a croissant. Parker had so much fun as you can see below in the pictures. He makes the silliest faces! 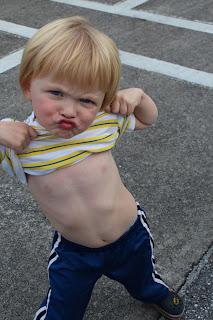 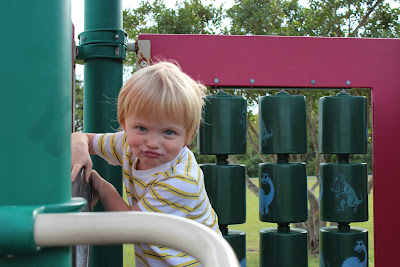 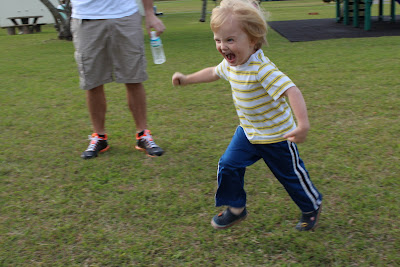 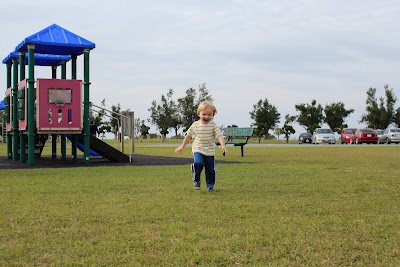 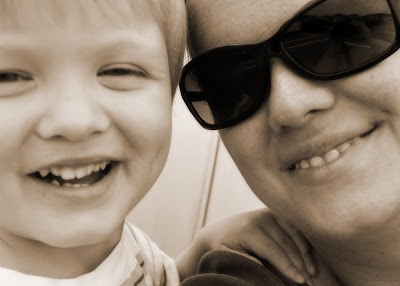