We arrived at the Lily Festival on Ie Island a little before 10 and before the crowds arrived. It was so beautiful. There were 1000's of white Easter lilies everywhere and in full bloom. 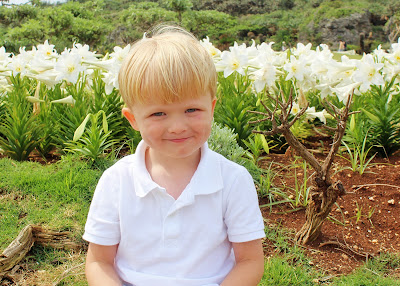 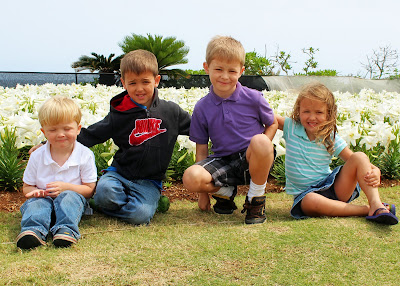 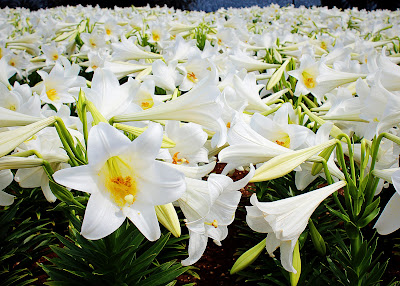 They had a few horses you could pay 100 yen to feed. The kids got to feed them 1 carrot and then a 10 or so green onions. They thought that was so cool. Although Emma thought it was too scary. I was surprised since she loves horses and always says they are her favorite animal. 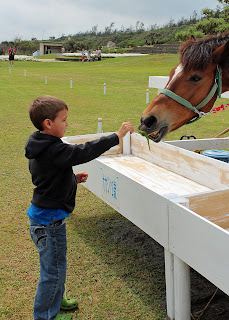 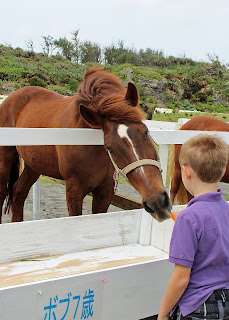 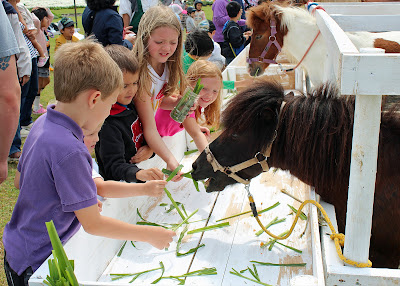 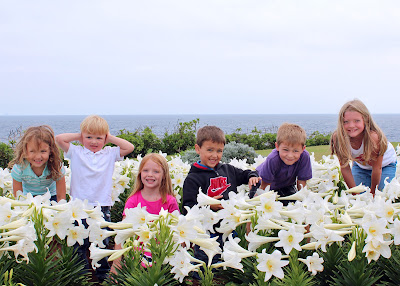 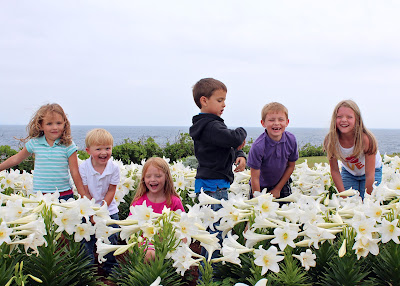 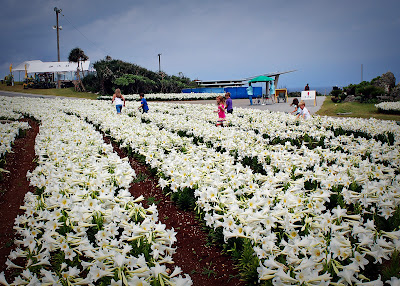 We tried to see how close to the water we could get. We headed down but it was just too rocky. That of course didn't stop the kids. It was like playing on the moon. 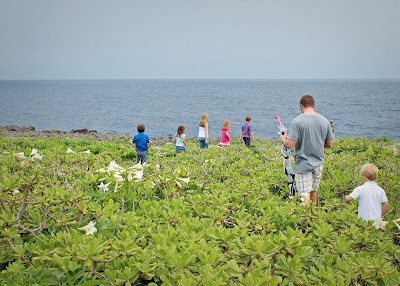 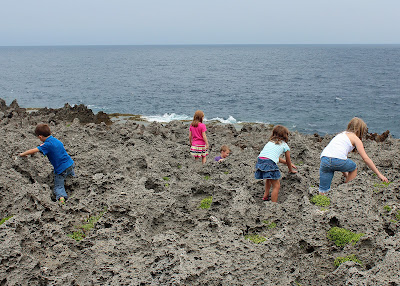 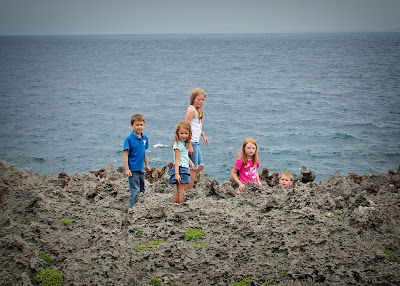 I just love this picture of Parker. He found a snail. He insisted on sitting right there until he came back out of the shell. He is just the cutest little guy. He tries so hard to keep up with the bigger kids. He is able to do it for the most part, but 3/4 of the way he finally gets tired. I wish he would stay little forever. 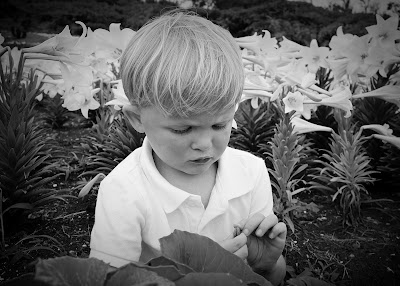 Finally, here 2 of the few colored lilies at the festival. I just love the pink colors. The Lily Festival was so cool. The kids had an awesome time. It was beautiful. We really lucked out with the rain. Every once in awhile it would get dark and you would think it was about to pour, but it didn't. Just a few sprinkles here and there. We will definitely be going back to this festival next year! 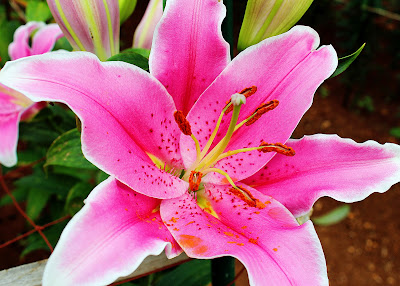 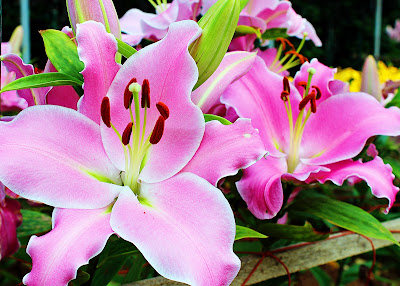