Today's adventure led us to one of my most favorite beaches on the island. The sand is so soft, unlike many of the beaches here. This was the first time here for the boys. We met the girls here. The kids were all ready for a fun afternoon, especially since it was Hannah's 9th birthday. First we stopped by the playground at Nishihara Marine Park. It is such a cool playground! 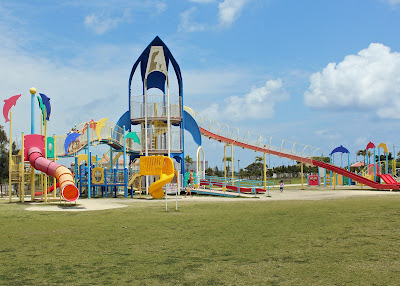 When the kids were hot and sweaty we walked across the street to the beach. There were only a few other people there. The tide was starting to go out but there was plenty of water to play in. The weather was perfect, a little windy, but warm and sunny. The kids played and played. 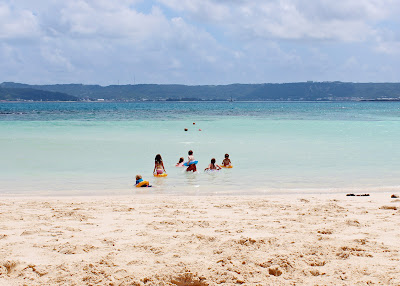 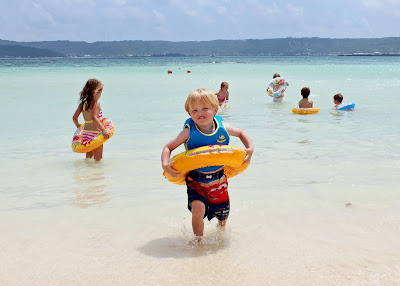 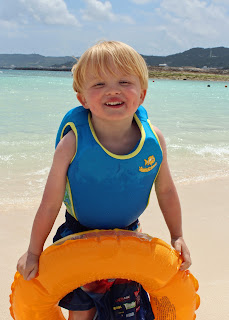 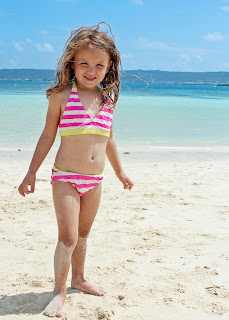 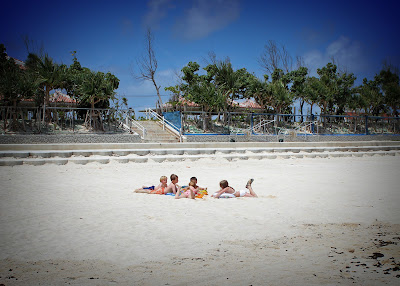 They dug a trench along the whole beach. They all worked together as a team. Some were the diggers and some filled the trench with water. They worked on it for an hour straight without saying one word to Diana or myself. They were so entertained! 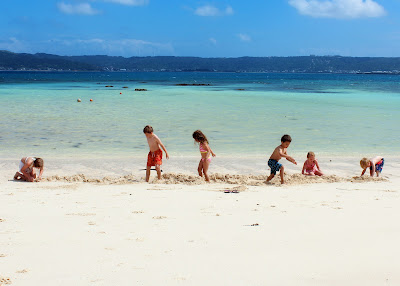 Four hours later we finally convinced the kids it was time to go. We will definitely be coming to this beach many more times!
Posted by Shannon at 2:25 AM