Low-tide at the Beach and 100's of Crabs

Today was a beautiful day. We have had so many rainy days lately, especially afternoon thunderstorms. Today was all blue sky and 81 with low humidity. After school we headed out to the beach for a little bit. The tide was out so we just stopped at the closest place to our house. The tide was out pretty far. There were crabs everywhere!!! Emma was very scared at first and refused to walk onto the sand. 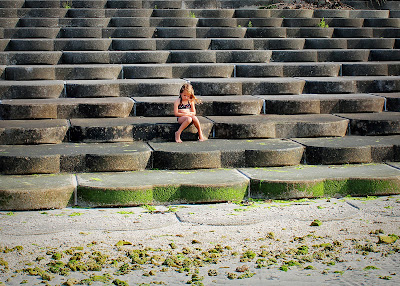 She slowly got over it, very slowly. The crabs really were everywhere. The kids all said it looked like the crab scene from Pirates of the Caribbean. Watch the video and see if you agree! 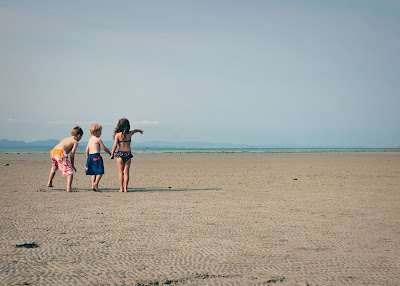 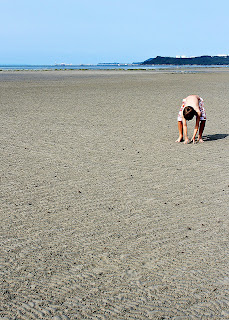 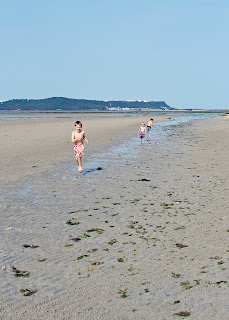 Carson was very determined to scare all the crabs away from Emma. He did a great job but had the silliest face. 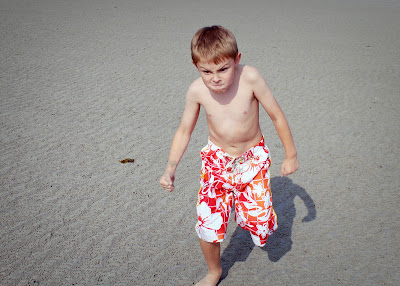 Cooper of course spent his time trying to catch as many crabs as he could. They were fast but they were everywhere. Cooper was so happy about the whole crab situation. 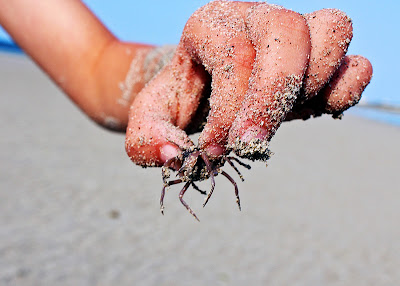 After playing with the crabs the boys headed into the water. They ran and jumped, laid in the water and crawled in the wet sand. 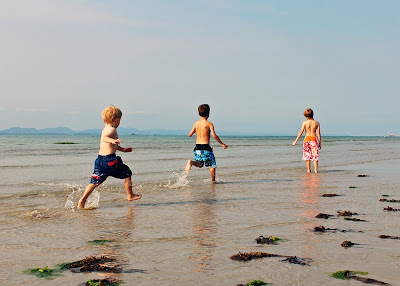 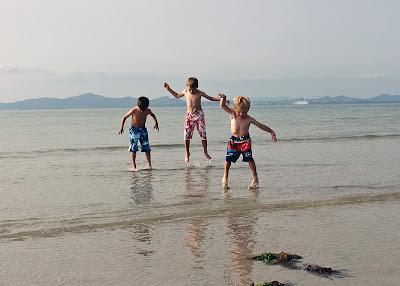 Carson and Cooper of course had to pose for the camera. These were the poses they chose. Cooper went with his "sexy" look. Carson called his the "my legs are broken" pose. 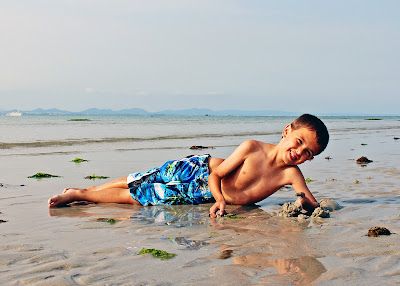 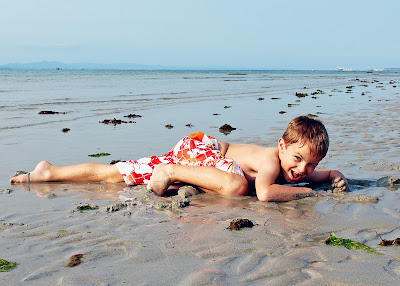 Emma worked on a sand/mud castle, complete with seaweed details. She always prefers to build sandcastles rather than play in the water. She hates getting salt water splashed into her eyes. She insisted on wearing her cherry swimsuit, the same one she has had since she was 3. Isn't she just beautiful! 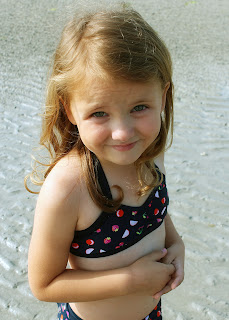 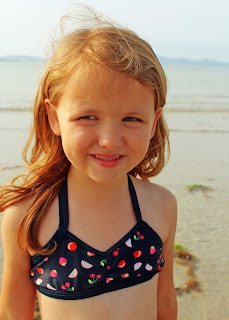 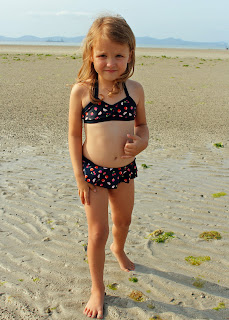 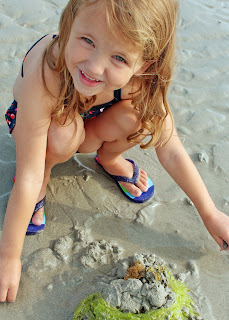 Carson decided to try to fly. After an hour and half of fun it was time to come home and have a late dinner. Daddy left today for another TDY, a longer one than usual. The kids were all sad about Daddy leaving. The beach cheered them up somewhat. We had a great afternoon at the beach. Enjoy the video at the bottom. 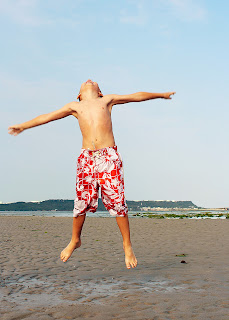 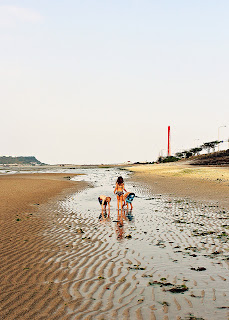