We planned on going to the water park right when it opened, however mother nature decided to send some thunderstorms our way. After lunch it looked like it was clearly up a little. I made the mistake of telling the kids last night what today's adventure would be, so we were going rain or shine. We got there and it was perfect. The clouds cooled things off a little, still sticky but no blazing hot sun. The last hour we were there the sun broke through and it was hot! We had so much fun! The boys loved going down the slides. Emma tried once, but hated it. Parker went down 2 times, he is so brave. They played and played. We went around the lazy river 7 times. Parker really loved the lazy river because you go through a waterfall. It was a great afternoon and only 5 minutes from our house!

Carson going down the slide 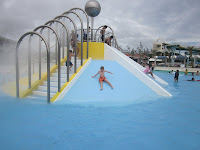 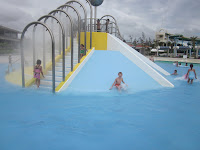 Cooper going down the slide 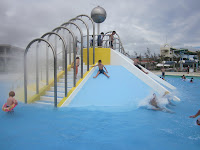 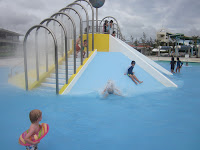 Parker going down the slide 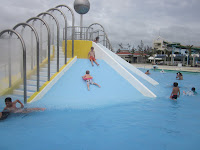 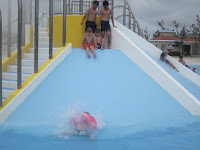 Carson helping Parker up the stairs, All 3 Boys 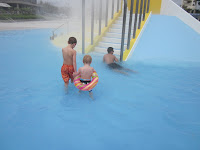 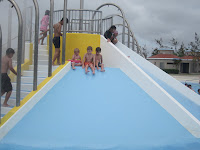 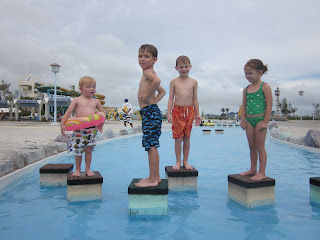 Parker was too scared to jump, although it was only up to his knees. 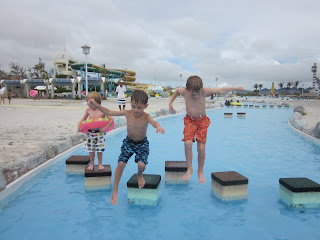 Scared of the slide, but she loved being in the water. 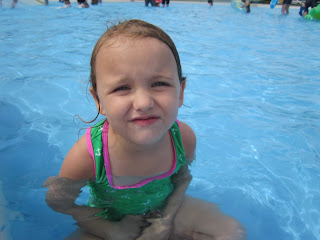 They always pretend there are sharks in the water. 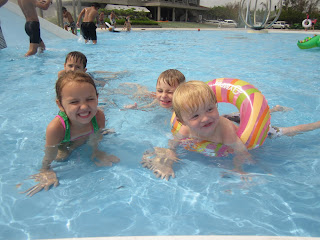 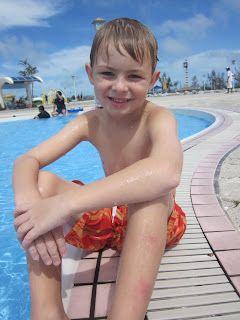 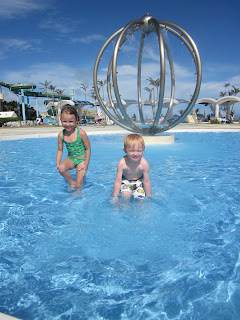 Yay, a great picture of Cooper! 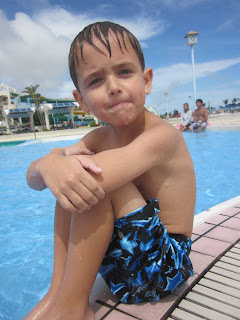 What adventure would be complete without a video.